Deepening Our Knowledge about Autism

Autism affects about one out of every 100 children, and it is often not diagnosed until later in life.

Autism spectrum disorder refers to a group of conditions related to brain development that is characterized by some levels of complexity with communication and social interactions, atypical patterns of activities and behaviors such as difficulty transitioning from one activity to another, a focus on details, and unusual reactions to sensations. 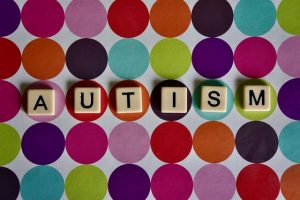 Autism spectrum disorder can be detected in early life but is often not diagnosed until much later. To know more about what autism is, let us see the symptoms and challenges associated with it.

Social communication issues and confined, repetitive behaviors are two of the most common indicators of autism. Autism symptoms can appear as early as childhood, persist, and interfere with daily life.

Sensory difficulties affect many people with autism. Over- or under-sensitivities to noises, lighting, touch, tastes, scents, pain and other stimuli are common. Autism is also linked to a high prevalence of some of these physical and mental illnesses.

Autism affects both verbal and nonverbal communication in children and adults. They may be unable to comprehend or use the following areas acceptably